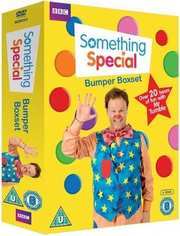 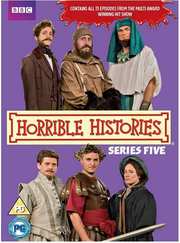 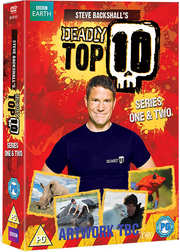 DVD
The Siege of Golden Hill - The Complete Series 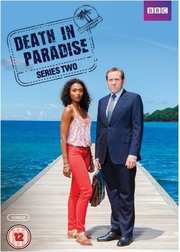 Following on from yesterday's look at what BBC Worldwide have coming our way next month, today we look at the releases set for 14th October.

DI Richard Poole is still trapped on the stunning Caribbean island paradise of Saint-Marie, and for him the sun, sea and sand still continue to irritate, just as he irritates his long-suffering colleagues. But, he's also as brilliant as ever. With the often unorthodox assistance of Dwayne and Fideland and the instinctive and insightful knowledge of the beautiful Sergeant Camille Bordey they tackle a baffling array of unique murders.

Out the same day is the Something Special: Box Set, which brings all 8 previous releases of this children's TV series into one package. For more Mr Tumble than you can throw a Mr Tumble at, all you need is the recommended retail price of £35.73.

Something Special is simple, fun and informative and each programme focuses on aspects of the children’s world about them. These series are incredibly popular with pre-school viewers and the use Makaton sign language is particularly appealing to children with learning and communication difficulties. It includes Exploring With Mr Tumble, How Are You Mr Tumble, Mr Tumble & Friends, Mr Tumble And Me, Hello Mr Tumble, Sporty Time With Mr Tumble, Time For Mr Tumble and Where Are You Now Mr Tumble.

Keeping with kids releases for a bit, joining the above is Horrible Histories: Series 5, based on the best-selling books, and retailing for £10.20. Also available will be a box set with the first five series inside, priced at £35.73.

Horrible Histories is an energetic, surprising and unconventional take on history’s most gruesome, unpleasant yet funniest moments. From the Woeful World War Two, the Frightful First World War, the measly Middle Ages and the savage Stone Age to groovy Greeks, rotten Romans, vicious Vikings and awful Egyptians, history has never been so naughty. These are the stories from history that your mischievous uncle told you about; the gory, smelly bits that your teacher wouldn’t approve of. Get ready for the funniest, fastest, nastiest and daftest ride through history you’re ever likely to see.

Finally, we have the Deadly Top Ten: Series 1 & 2 box set, in which Steve Backshall counts down the most dangerous animals in the world and picks out his personal top tens. The RRP for this one will be £15.31.

Revealing incredible facts and amazing creatures from the extreme assassins and deadly defenders to the super poisonous and fastest creatures – these beasts all have one thing in common: they’re all deadly. But which will be judged the most fearsome and can you guess which extraordinary animals will be crowned number one? Featuring these deadly episodes: Fastest, Lethal Weapons, Killer Tactics, Toxic, Fiercest, Defenders, Super Senses, Extreme, Mass Attack and Airborne.