DVD
Horizon On The Middle Of Nowhere - Series 2

DVD
Horizon On The Middle Of Nowhere - Series 1

No Comicons this week, a distinct shortage of conventions, and not even an anime flash mob that needed sating, but that didn’t stop some choice announcements coming from both MVM and Manga Entertainment, the sort that are usually saved for special occasions. I guess on the week that the BBC announce the next Doctor Who, there’s a need to compete for attention.

MVM certainly got it with their first announcement of the week, with a title that will probably have another distributor turning the faintest shade of green. MVM released Fate/Stay Night, but it looked as if the franchise was destined elsewhere when the Unlimited Blade Works movie went to another company. It turns out to just be a blip, as MVM announced that they have the prequel series Fate Zero. The format is yet to be confirmed, but it will most likely come in 2014.

That wasn’t all, as they have the Gonzo giant robot series Linebarrels of Iron on DVD in October, while in another exciting (for this fan at any rate) announcement, they revealed that they have the Patlabor OVAs coming in November, on DVD and Blu-ray. What’s more, in a first for the UK anime biz, the Blu-ray and the DVD will have the same price, a very reasonable £24.99.

Manga Entertainment on the other hand reached a Twitter milestone, reaching 30,000 followers. They celebrated by announcing the licence of one of the biggest titles of the last year, Sword Art Online. It will be coming to the UK this December on Blu-ray and DVD.

Sword Art Online and Fate/Zero, two Aniplex US titles that sell for silly money there, licensed for UK release from two companies with pricing structures that are traditionally more audience friendly. You will be wholly justified in squealing with glee. Just try not to do so in public. 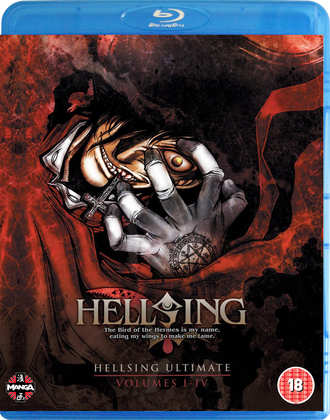 It was a jam-packed week last week when it came to the anime reviews, beginning with Helling Ultimate Parts 1-4 on Blu-ray. If only they had been released that way in the first place, I would be thrusting you in the direction of that review with great eagerness. Alas, I had reviewed the DVDs first, and had found the time to watch them on more than one occasion in the intervening years. It turns out that repeat viewing isn’t kind for shows built on style over substance. 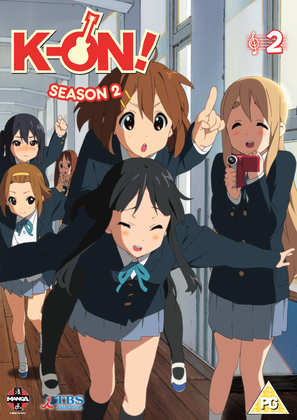 There’s not a lot of substance to K-On!! Season 2 Part 2. Then again there isn’t much in the way of style either, unless you can call cute and moe a style. K-On!! is just a hug in anime form, a feel-good anime about nothing in particular, but what it does, it does like no other show. Just by showing the inconsequential trivia of five characters’ lives, just by focusing on the cute, silly and dippy side of things, and just by livening things up with the occasional pop song, you wind up thinking that K-On!! might just be one of the best things ever! 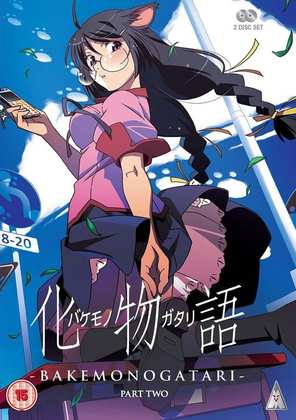 On the other hand Bakemonogatari: Part 2 is practically effervescing with style, and it is scintillating with substance to boot. It’s the most visually arresting of shows out there, while the scripts are so intelligent, the character interactions are so sharp, witty, and layered, that this becomes one of those shows you just have to watch over and over, hoping each time that you find something new, learn a new aspect about the story that changes your perceptions of the whole thing. This is the kind of show that re-watches are made for. 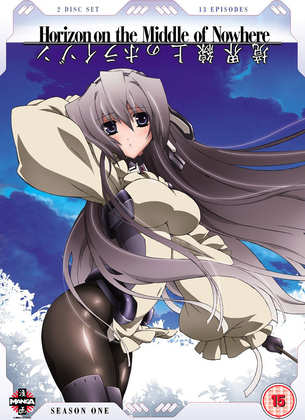 Don’t ask me about style or substance when it comes to Horizon on the Middle of Nowhere. It may have both, it may have neither, but all I know is that to me it’s as if they took every single anime show, every trope, every cliché, and chucked it all into a blender, poured out the resulting sludge into a DVD shaping machine, and formed it into DVDs and Blu-rays/Frisbees of Death, and spat them out at the viewer. If you’re lucky you’ll catch one and get it, if you’re unlucky, it will slice the top of your skull clean off, letting the brains ooze out. That’s the end of the reviews, and I have to go and look for my medulla oblongata, it’s somewhere behind the sofa.


Hellsing Ultimate Parts 1-4 were released on Blu-ray by Manga Entertainment last Monday, and they also re-released it on DVD. K-On!! Season 2 Part 2 was released on the 22nd of July on DVD, also by Manga Entertainment, and they also released Horizon on the Middle of Nowhere on Blu-ray and DVD on the 29th of July. MVM released Bakemonogatari: Part 2 on that day as well on DVD, the Blu-ray for that title is due in September.