We’ve just had the first Makoto Shinkai Blu-ray in the form of Journey to Agartha, and it was instantly apparent why this auteur’s singular works are so much in demand, especially in high definition, and why Manga took so long in releasing 5 Centimeters per Second on DVD, after unsuccessfully negotiating for the HD rights. So far only Journey to Agartha has been released outside of Japan in HD, but that looks set to change with the re-release of some of Makoto Shinkai’s earlier works.

It did look at one point as if we were going to get The Place Promised in Our Early Days again on DVD this winter, courtesy of 101 Films, but the retail listing unceremoniously vanished, and they said that someone else had the rights. Then at a Glasgow cinema anime screening, Anime Limited, a.k.a. AllTheAnime announced that it was they who had picked up the film. Last week they clarified the details of the re-licence and it makes for some delectable reading. AllTheAnime will be releasing The Place Promised in Our Early Days, and Voices of a Distant Star for the first time on Blu-ray, and with these films there will be another short animation from the same studio called Travelling Daru. The latter has never been released here, while the first two films were originally released in the UK on DVD by ADV Films. Voices of a Distant Star also had a sound sync problem that was never corrected, which makes this announcement all the more appetising.

It’s been a couple of weeks since my last Review Roundup, due to a paucity of news and anime reviews. There was just one solitary review that rolled over to this week, but that sole review was for the fourth Bleach feature film. I have a hard time with the Bleach franchise on my best days, and I have to admit that Bleach The Movie 4: Hell Verse didn’t catch me on the best of days. The thing about Bleach films though is that even though they are filler, they do offer a lot more economy by presenting their stories in just 90 odd minutes, instead of 20 odd episodes replete with flashbacks, recaps and padding. Hell Verse turned out to be the best of Bleach distilled into a perfect cinematic package, just one reasonably well told story, with great action sequences, and with the essence of the characters on screen. Click on the review to see that I really do like Bleach, sometimes, on occasion... Honest... 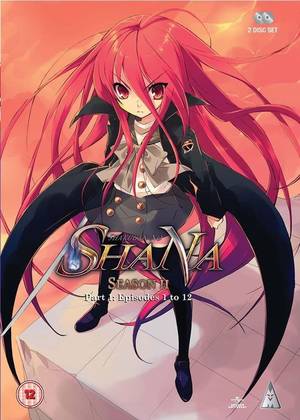 Then it was the welcome return to another warrior from a different realm, wielding a sword and defeating supernatural menaces. But Shana pulls off tsundere in a way that Ichigo never could. After a long and protracted wait, the second series of Shakugan no Shana is finally hitting the English speaking world. Not too long after the US got a look, and weeks before its somewhat surprise Australian release, we in the UK got Shakugan no Shana: Season 2 Part 1. It picks up where the first season left off, with the pint-sized flame-haired Amazon teaming up with hapless student Yuji to take on various Denizens of the Crimson Realm. Only this time it turns out that Yuji isn’t as hapless as he first appeared. In fact he’s pretty strong, strong enough to attract the attention of a powerful denizen indeed. If that isn’t enough, there’s a new transfer student in class, and the awkward love triangle between Yuji, Yoshida and Shana suddenly becomes a square. 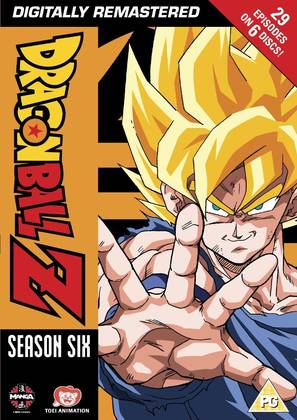 That I had more shonen anime to review isn’t a surprise, but that it’s another release that I enjoyed certainly is. So soon after the Bleach movie, I found myself glued to the television yet again for Dragon Ball Z: Season 6. To tell the truth, I actually expected the worst of the Cell Games saga as they are presented here, but these 29 episodes of manly combat are redeemed by the presence of one of the daftest characters to ever inhabit an anime, Satan! Click on the review if you are intrigued. 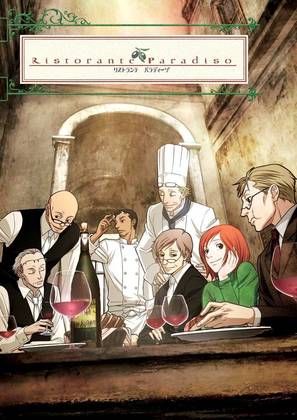 Finally I had the time to grab a disc or two from my own collection to indulge myself, and indulgence is the operative word when it comes to Ristorante Paradiso. A welcome break from all the testosterone and almighty anime battles, Ristorante Paradiso is a show about romance. It’s a slice of life anime set in a small, rather exclusive restaurant in Rome. A young girl named Nicoletta heads to the big city to confront her mother Olga for abandoning her as a child. She walks into a completely different world when she enters the restaurant that Olga’s new husband opened to cater for her rather specific fetish. It’s a restaurant staffed solely by older, elegant men who all wear glasses. To Nicoletta’s surprise, it turns out that she shares her mother’s proclivities, especially when she falls head over heels for the head waiter Claudio. It’s a different kind of anime compared to most shows released in the UK, and you can read my review to see why it’s worth broadening your horizons.

Bleach The Movie 4: Hell Verse was released by Kazé Entertainment through Manga last Monday 25th of February. Manga Entertainment release Dragon Ball Z: Season 6 today, as do MVM with Shakugan no Shana: Season 2 Part 1. Ristorante Paradiso was Lucky Penny’s debut release in the US in November 2012, and is well worth the import.