Anime On Demand Kicks Off A New Season

It’s autumn, and that means new license announcements for all the online anime streaming portals, and people have been waiting eagerly as Crunchyroll, Viz, and Funimation have been drip feeding press releases to the world. It’s been all quiet on the UK front for about a year though, as our only streaming portal, Anime on Demand, had been in a “state of transition”. Basically there have been no new shows from them in ages. That isn’t the best way to hold onto subscribers; especially as Anime on Demand transitioned to a pure subscription model not long after it started.

This autumn they have finally announced new anime, and to entice fans back to the site, for this season only, a season comprising 13 weeks, all the new anime shows on the site will stream in HD and SD to all in the UK, for free. All you have to do is sign up to the site to get past the preview screen, and it’s all yours to watch. Shows announced so far include...

At the time of writing, the first episode of K is online, but the rest of the shows have been subject to a delay because of an unrelated kerfuffle in the US.

Go to Anime on Demand’s Free Zone to learn more. 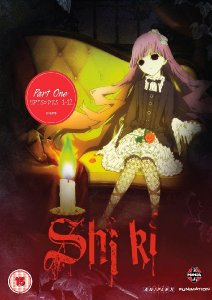 It’s been a couple of weeks since my last review roundup, but I’ve made up for that by reviewing a whole lot of anime this past week, beginning with Shiki: Part 1. I hope you like anime about vampires because this is just the first helping this week. Shiki made quite an impact when it was first released, an anime taking a darker, more realistic, approach to vampire myths, and really devoting itself to character and narrative. It’s a slow burner of a show, and this first half just scratches the surface of a mystery that begins when people suddenly start dying for no apparent reason in an isolated Japanese village. This coincides with the arrival of a new, mysterious family. Fans who grew excited when Shiki was first announced can let out your breaths, although you’re probably undead by now. 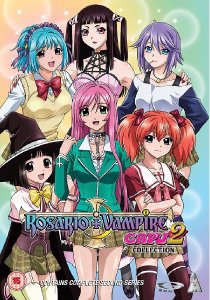 More vampires in Rosario and Vampire Season 2, although dark, and spooky are not even on the cards with this one. It’s another helping of harem comedy, with hapless teen male Tsukune, regularly getting his veins drained by the hot bit of vamp crumpet Moka, and with a whole host of other spooky cuties wanting to warm his cockles. It’s comedy in the classic vein, awkward situations and blatant acts of fan service ensue, and it’s all done in the best possible taste... 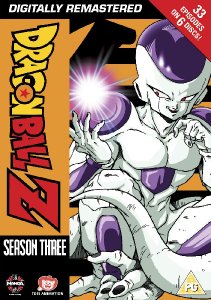 Of course a grown man like myself shouldn’t find pleasure in a politically incorrect, stereotypical depiction of teenage sexuality. There’s nothing at all humorous in the idea of a young male having a harem of beautiful girls to choose from. I had to be punished for such thinking, I had to be re-educated, I had to be made to pay for my transgressions against polite society. Yes... they made me watch Dragon Ball Z Season 3, where stuff happens, and keeps on happening for 33 episodes. I will stand here in a heroic pose... you will gasp when you realise how my power has increased by a fraction of a microwatt... in between the start of the gasp and the end of the gasp, you will have a flashback about the last time I stood heroically and you gasped at the display of power... a gasp in which you had a flashback about the time before that... 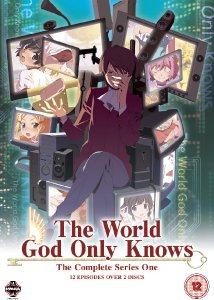 After I was resuscitated, I watched The World God Only Knows: Season 1, which restored my faith in anime. It’s a comedy, it has a demon in, and an otaku, but no vampires, and no balls, dragon or otherwise. A dedicated videogamer who likes his girls to be 2D and pixellated makes a deal with the devil to date real live girls to free them from demonic possession by loose souls. It’s good work if you can find it, but Keima doesn’t like the real world. I mean, who would want to kiss a real live girl, when you can pretend to kiss one in a computer game? 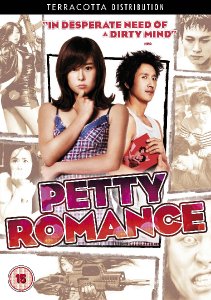