To the delight of fans worldwide Hammer, Britain's most celebrated genre film brand which recently produced box office smash The Woman in Black and the acclaimed Let Me In, today launches its first dedicated YouTube Channel at www.youtube.com/hammerfilms.  For the very first time, exclusive new content from current Hammer productions as well as carefully restored classic Hammer feature films will be available to stream online.

The Hammer Films Channel will carry a range of exclusive new content, previews, commentary and behind the scenes material from upcoming new productions such as The Quiet Ones starring Jared Harris and Sam Claflin and The Woman in Black: Angels of Death, the follow up to the worldwide box office hit, The Woman in Black, starring Daniel Radcliffe.

In addition, the Hammer Films Channel will stream a collection of Hammer’s well-known classic feature film titles including The Quatermass Xperiment, The Man In Black and Captain Kronos Vampire Hunter some of which have been newly restored and digitally re-mastered. As additional titles are added to the new platform, this will be the first time fans can view other digitally re-mastered classic Hammer films online under a restoration initiative launched earlier this year by Hammer’s owner Exclusive Media. 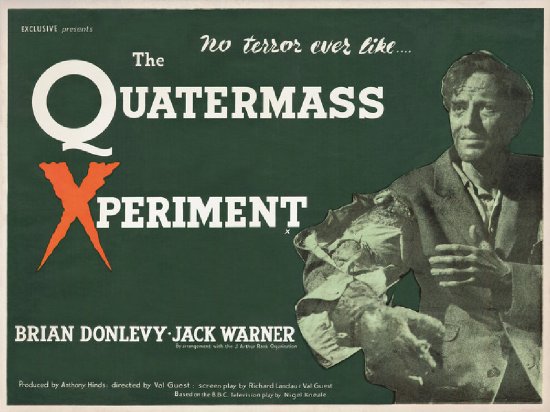 From the historic library, the Hammer Films Channel will also carry Classic Hammer TV series such as ‘Hammer House of Mystery and Suspense’, as well as new on-air commentary and film introductions from official Hammer historian, Marcus Hearn and Hammer archivist, Robert J.E. Simpson.  Newly created featurettes and original trailer material, not seen by the public for many years, will also be added to the Channel’s far reaching content.  The Hammer Films Channel will continually expand its range of programming as it becomes available, with the full schedule to be published and regularly updated at www.hammerfilms.com

Simon Oakes, President and CEO of Hammer said, “The launch of our dedicated YouTube channel truly encapsulates how we have positioned Hammer as a dynamic British genre label with a great heritage.  We hope this new platform will allow us to continue to reach fans who have responded so well to films like Let Me In and The Woman in Black, while continuing to honour the great filmmaking history of our company."

Hammer were advised by the London based digital distribution and marketing agency Showstream Media Limited (www.showstreammedia.com).