It’s been a relatively quiet couple of weeks in the UK anime scene, with the only significant development the delay of the Full Metal Alchemist: Conqueror of Shamballa Blu-ray to December. The Sacred Star of Milos is still on schedule though. 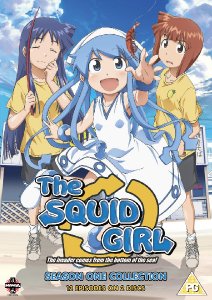 This being a rollover review week, I have four reviews to deliver, beginning with Squid Girl: The Complete Series 1 Collection. Cute comedy abounds, as the eponymous Squid Girl decides to invade and teach humanity the error of itS ways, only to find herself in deep... air, the minute she steps ashore. When the limits of your superpowers stretch to prehensile head tentacles, an ability to glow in the dark, and a tendency to spew ink, you’re not likely to make an impact on Earth’s defences. You could be a useful waitress though with all those tentacles. Only Squid Girl isn’t quite ready for the weird characters she’ll encounter. Read the review, and you’ll understand why there’s always room for cute comedy in an anime collection. 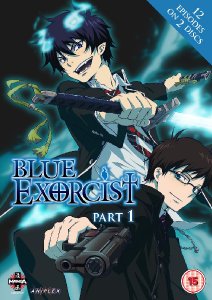 Next up was Manga’s big experiment, Blue Exorcist Part 1. It isn’t everyday that Manga Entertainment release a subtitle only show, and the thought is that Blue Exorcist is so good that it will sell even without an English dub. It’s an action show aimed at young males, where the son of Satan decides to become an exorcist to kick his dad’s butt. It’s got the jargon, the action, and the Harry Potter high school clichés that will be instantly recognisable to fans of shows like Bleach and Naruto. But it’s also got the production values and talent behind it of something a lot more interesting. See why you should make room for Blue Exorcist by clicking the link. 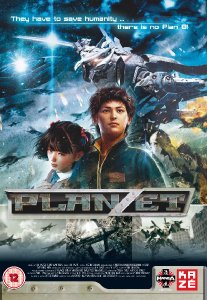 It’s time for another War of the Worlds remake, this time in the form of a 3D CGI anime feature called Planzet. In the future, aliens invade, devastating the Earth until the survivors create a shield to hide behind. Now it’s up to one young hero to pilot a giant robot against the alien armada, free the world, and avenge his father. Then it’s time for me to eject the disc, and take up clay DVD shooting. Pull! 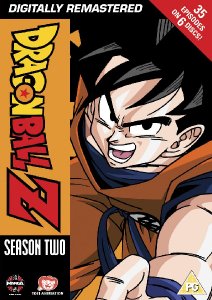 That dispensed with, we come to the final review of the fortnight. It’s time to count your Dragonballz. Got all seven? Make a wish. I wish that the release of this series was done and dusted and we could get One Piece now. Dragon Ball Z: Volume 2 is upon us, and it’s not that it’s bad. It’s just that it established all the long running shonen stereotypes that I’ve come to loathe in shows like Bleach and Naruto, which doesn’t make it easy to like. It also appeals best to fans that have seen it before, and who have nostalgia for it. I don’t, but I give this second collection of episodes my best shot, even with that ten minute storyline stretched to over four episodes of screen time...

Squid Girl: Complete Series 1 came out on the 13th of August, Blue Exorcist Part 1 came out last Monday, while Planzet and Dragon Ball Z: Volume 2 come out today, and Manga Entertainment have a clean sweep.