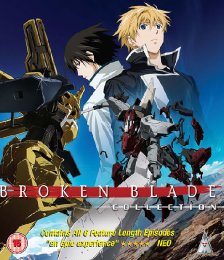 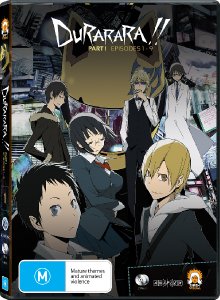 With the buzz about the MCM Expo dying down, it's been a relatively news free week, so straight into the reviews. One of those MCM rumours was that the truncated Beez release of Durarara!!, which never got past the subtitle only stage, may indeed get a dub release in the UK in the near future. It's a little too late for me, as I've already gotten a hold of the Australian release. I take a look at Durarara!! Part 1, which is the first third of the acclaimed series from the creators of Baccano! It's one of those fractured narrative, multi-character, multi-arc explosions of creativity that I love so much, and which rarely get made into anime, or indeed live action for that matter. Tarantino eat your heart out! 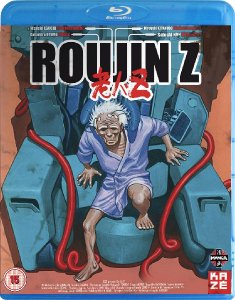 If I'm still a little sceptical about Durarara!! coming out again in the UK, that's nothing compared to the negative expectations I had about Roujin Z, which once saw a VHS release in the UK to unspectacular results, back when anime was all about the sex, the violence and the swears. I belatedly got on the Roujin Z bandwagon and imported a rather lacklustre US DVD. But Roujin Z comes from the mind of Akira creator Katsuhiro Otomo, and is a rather wicked satire on the way we treat the greying population, one which gets more and more relevant with each passing year. Now it's been picked up, cleaned up, and bought into the 21st Century, and in a move that I would have considered unlikely less than twelve months ago, it's making its UK debut on Blu-ray. 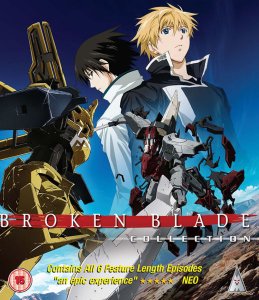 Speaking of Blu-ray, another first last week was MVM's first high definition release. It's just what you need for the long hot summer months... the long wet summer months... the long, cold, and wet... Just what the hell kind of weather is this anyway? Broken Blade takes place in a hot arid desert wasteland of a future, and this Blu-ray is so good that you'll get a suntan just watching it. It's a summer blockbuster in anime form, or rather six summer blockbusters, as this collection sees six theatrically released OVA episodes collected onto two discs. It's got teenagers, it's got giant robots, and it's got pulse pounding action. Get some popcorn ready for this Broken Blade: Complete Collection.

And a little bit of news that just popped up on Twitter as I was typing... Manga Entertainment's release of Strike Witches Season 2 has been delayed until September.