King of Devil's Island, the Scandinavian thriller by Norwegian director Marius Holst, is being released in the United Kingdom on 29 June 2012, by Arrow Films. 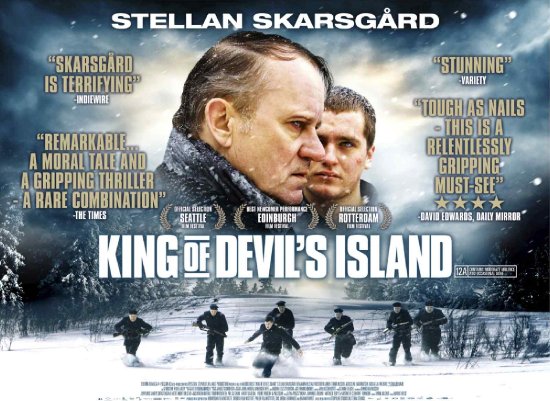 Winner of Best Film and Best Supporting Actor (Trond Nilssen) at the Norwegian International Film Festival (2011) and Best Feature Film at Lübeck Nordic Film Days (2011), King of Devil's Island depicts the violent uprising of a group of young boys against their oppressive guardians. Starring Stellan Skarsgård (Girl with the Dragon Tattoo, Mamma Mia, Angels and Demons, Pirates of the Caribbean, Good Will Hunting), Kirstoffer Joner (Shooting Star), and rising talents Benjamin Helstad (Body Troopers, Angel) and Trond Nilssen, this is a story of hope and friendship in the face of great hardship.

Based on a true story King of Devil's Island tells the unsettling tale of a group of young delinquents banished to the remote prison of Bastøy. Under the guise of rehabilitation the boys' daily regime is dictated by mental and physical abuse at the hands of their wardens. The arrival of new boys Erling (Helstad) and Ivar (Magnus Langlete) spark a chain of events that ultimately ignite rebellion. King of Devil's Island explores a sinister moment in Norwegian history that won't be forgotten.