Blu-ray
A Life of Oharu

Blu-ray
The Emigrants / The New Land

Article
Secrets of Sex out on DVD in January Uncut 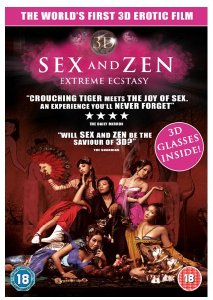 An adaptation of the classic novel The Carnal Prayer Mat, the film follows a young Ming Dynasty scholar named Wei Yangsheng on an eye-opening journey of sexual discovery.

In Hong Kong the film beat the opening days grosses of 'Avatar' and 'Titanic' with an opening day gross of $US351K. The film continues to play and has racked up a staggering $HK25 million at the Box Office.