Persona 4: The Animation Not So-Simulcast

When will people learn to read calendars? Because of a mistake on the French side of things, Anime on Demand's streams of Persona 4 will henceforth be on a one-week delay. Before we start campaigning to have the Channel Tunnel filled in as retribution, there is some good news because of Europe…

The October MCM Expo is almost upon us, when distributors start sharing all the new goodies that are impending, and as usual, news of some of those goodies has already leaked out. Kazé have confirmed via Twitter that Roujin Z, the Katsuhiro Otomo satire on the care of the elderly will be released in the UK on Blu-ray. That's why we need to thank Europe. Manga have shown that releasing Blu-rays, where a minimum print run is of 3000 units, is a tricky affair if you can't find 3000 fans. Kazé's Roujin Z disc, already listed for a February release in France, is a multi-lingual affair, with audio and subtitles in several European languages, including English. It's easier to find 3000 fans in all of Europe than it is just in the UK. Even if the worst happened and it wasn't released here, you'd still be able to import it from across the channel.

Manga Entertainment offered an enigmatic tweet was that in all likelihood, Clannad would see a DVD release in the UK in 2012. The next day, they had to tweet that it was just an opinion, not an announcement, and that Manga had no plans at the present time to release Clannad, which will no doubt irk the few Clannad fans that haven't yet imported.

And then Anime-On-Line put up a listing for the first quarter of 2012, with a whole lot of Manga Entertainment product to loosen the strings on your purse. The only new series, although already announced, is Fairy Tail. But in amongst all the complete series collections and ongoing shows, three movies may grab the attention, the Gantz sequel Perfect Answer, Tekken: Blood Vengeance, and Mardock Scramble: The First Compression. No doubt the new series licences will be announced this weekend at MCM. And MVM also managed to put a date on the Welcome to the NHK Collection, the 9th of January 2012.

Welcome To The Space Show Delayed

… and speaking of Welcomes, the unwelcome news, spotted on e-tail schedules and eventually confirmed on Manga's Twitter is that the December release of Welcome to the Space Show has been pushed back to July 2012. It's leaving a major vacancy in my Christmas stocking, but Manga say that they want to get the dub, with newly announced director Michael Sinterniklass, absolutely right, and who can fault them there? 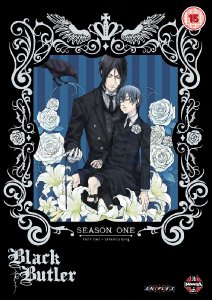 Two belters of anime excellence got reviewed last week, shows of such quality that will test your resolve and the integrity of your bank balances. I wouldn't have said that after watching part 1, but Black Butler: Series 1 - Part 2 transcended its somewhat average first half, by cutting back on the deadweight and the chaff, and focusing more on the central characters and the story. It's good because the story was the strongest aspect of the first half, whimsical but dark, and unafraid to make the unexpected choices. The whimsy is toned down for the second half, the darkness increases unrelentingly, and the surprises in the show are legion. What's more, for fans that invest in the odd relationship between the infernal butler and his damaged young master, that investment will be tested to the limit as this story spirals to its inevitable and moving conclusion. 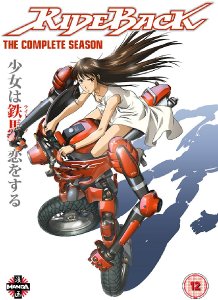 And then it was RideBack: The Complete Series. A show about a ballet dancer, forced to retire through injury, and then rediscovering her joy and passion when she learns to ride motorbikes that transform into robots called RideBacks, didn't initially ring my bell, although the classy Studio Madhouse animation gave me pause. But the animation, characters and story really work well, and in the first three episodes you really empathise with the character's joy and wonder at discovering this new talent, the friendship and camaraderie that she encounters at her college's RideBack club… Then the story throws in terrorists, conspiracies, a totalitarian world order, tragedy and adversity, and a relevance to the real world that makes this show transcend its fanciful beginnings, and it gains a darkness and an edge that renders it unmissable. And the soundtrack is divine. 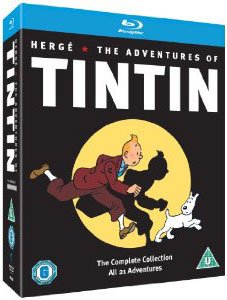 Finally, it was Belgium, not Japan that gave the week's final animation to be reviewed. The CG movie, which will probably divide fan opinion, is almost upon us. But before you get hot under the collar about Spielberg's take on Tintin, you can watch Herge's Adventures of Tintin in the original 2D. All 21 adventures were animated, close to 20 hours of excitement, close calls, cliff-hangers, bumbling twin detectives, alcoholic mariners, absent minded professors, and the world's most famous boy reporter. Si Wooldridge has watched them all, and he watched them all on Blu-ray. Read his review of The Adventures of Tintin, and be just as green with envy as I am.

Manga Entertainment's Black Butler: Series 1 - Part 2 is out today. RideBack: The Complete Series will be available from the 31st of October 2012. Anchor Bay released The Adventures of Tintin back on the 10th of October.