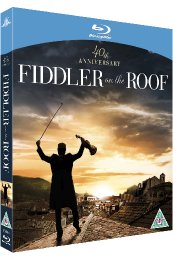 Blu-ray
For Your Eyes Only 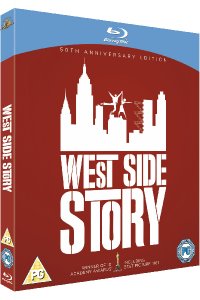 Winner of 10 Academy Awards including Best Picture of 1961

New extra features including a new featurette documentary of the making of the film entitled "A Place for Us: West Side Story's Legacy"

Also released on Blu-ray on the 17th October the 40th Anniversary Edition of 'Fiddler on the Roof' RRP £15.99

West Side Story is a 1961 musical film directed by Robert Wise and Jerome Robbins. The film is an adaptation of the 1957 Broadway musical of the same name, which in turn was adapted from William Shakespeare's play Romeo and Juliet.

It stars Natalie Wood, Richard Beymer, Russ Tamblyn, Rita Moreno, George Chakiris and David Winters, and it was photographed by Daniel L. Fapp, A.S.C., in Super Panavision 70. The film's opening sequence was shot on the streets of New York City, mainly in the area where the Lincoln Center for the Performing Arts campus of Fordham University now stands. Veteran director Robert Wise was chosen as the director and producer because of his familiarity with urban New York dramas, such as Odds Against Tomorrow.

Wise had never directed a musical before and when it was suggested that Jerome Robbins, who had directed the stage version, be brought in to handle all the music and dance sequences in the film, Wise agreed. After about one-third of the movie had been shot, the Mirisch Company, which had become increasingly concerned that the production was over-budget, fired Robbins. The film was released on October 18, 1961, through United Artists.

It received praise from critics and the public, and became the second highest grossing film of the year in the United States. The film won ten Academy Awards in its eleven nominated categories, including Best Picture, as well as a special award for Robbins. West Side Story holds the distinction of having won more Academy Award than any other musical film. The soundtrack album made more money than any other album before it. 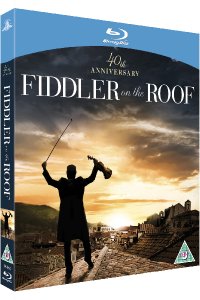 Blu-ray Contents
Blu-ray Specifications
West Side Story & Fiddler on the Roof on Blu-ray are distributed by MGM & Twentieth Century Fox Home Entertainment. Both are available from all good DVD stockists from 17th October 2011.
Synopsis