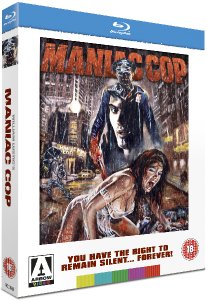 When reports come in of a man in a police uniform committing gore drenched bloody murder on the city streets, officer Jack Forrest (Bruce Campbell) stands accused. Now, with few friends, powerful enemies and a psychopathic slayer still at large, it's up to Jack to prove he's not guilty and bring down the killer.