Article
Volume one of George A. Romero's Deadtime Stories is coming to DVD this October 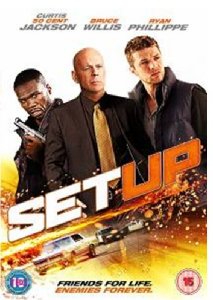 The heist of a lifetime turns deadly for a group of friends when one betrays another by taking off with the goods. Taking matters into his own hands, Sonny (JACKSON) seeks out retribution by teaming up with the most dangerous mob boss in town (WILLIS) to get back what he sees as rightfully his.

Also starring UFC legend Randy Couture (The Expendables) and James Remar (Dexter), and with Willis on top wise-cracking form, SETUP traces the breathtaking sequence of events leading to the point when friends-turned-foe face the consequences of their actions. When it comes to the crunch, Sonny is confronted with the biggest decision of his life...