DVD
We Are The Night

Scary horror Insidious coming to Blu-ray and DVD in September 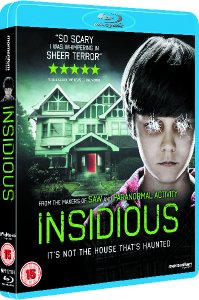 Insidious
On DVD and Blu-ray

"SO SCARY I WAS WHIMPERING IN SHEER TERROR." (5 STARS) - ROBBIE COLLINS, NEWS OF THE WORLD.

A global box office smash thanks in no small part to unprecedented critical acclaim and overwhelmingly positive word-of-mouth from cinemagoers who delighted in being scared witless by its supernatural shocks, the year's scariest movie, Insidious, comes to DVD and Blu-Ray on 12th September 2011, giving thrill-seeking horror fans the opportunity to take the terror home.

Directed by James Wan, written by Leigh Whannell (together, the co-creators of the "Saw" movies) and produced by Oren Peli, Steven Schneider, and Jason Blum (the team responsible for "Paranormal Activity"), Insidious stars Patrick Wilson (Watchmen) and Rose Byrne (X-Men: First Class; Bridesmaids) in a chilling ghost story that has been hailed as "utterly terrifying" (Zoo), "unnervingly creepy" (Sunday Express), "nerve-shredding" (The Sun) and, in a Five Star review as "so scary I was whimpering in sheer terror" (Robbie Collins, News Of The World).

The story concerns Josh (Wilson) and Renai Lambert (Byrne), a happily married couple recently moved into a new suburban home with their three young children. When their eldest son, Dalton, inexplicably falls into a coma his condition coincides with the start of a series of disturbing events that defy any rational explanation. The ghostly goings on suggest a sinister supernatural presence is at work in the house, one that is intent on tearing the Lambert family apart. Forced to seek unconventional help to protect themselves and their children, Josh and Renai are awakened to the terrifying truth - it's not the house that's haunted. 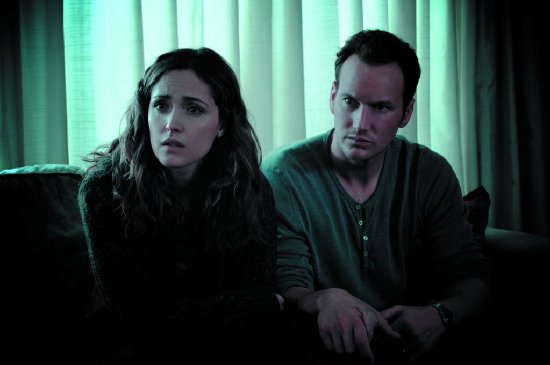