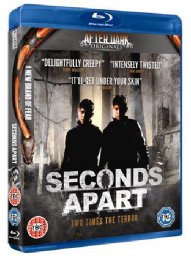 Article
QC Cinema documentary Men For Sale arrives in May

After Dark Originals come to Blu-Ray and DVD in May 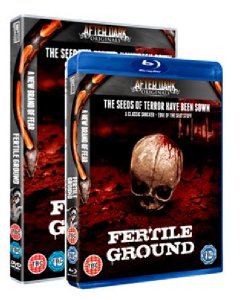 THE SEEDS OF TERROR HAVE BEEN SOWN

Directed by Adam Gierasch, Autopsy (2008), Night of the Demons (2010), Fertile Ground was described as one of this year's festival's "darkest bright spots" by Dread Central and perfectly shows off Gierasch's fantastic, and fertile, imagination.

Synopsis:
Emily and Nate Weaver leave the city for the rural comfort of Nate's ancestral home in the country. Once there, Emily is plagued by horrifying visions and haunted by the ghosts inhabiting their isolated new home. When Nate's behaviour undergoes a strange and fearful metamorphous, Emily fears she might be the latest target in a murderous tradition. 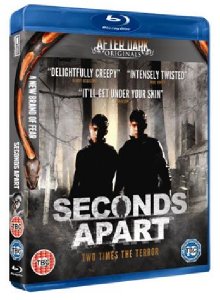 Synopsis:
Seth and Jonah are murderous twins who share an evil kinship. Damned from the moments of their births, the brothers possess a gruesome talent for telekinesis - a power they use in the most horrific ways imaginable. As their fellow students meet gory fates, the local law enforcement begins to suspect the twins' connection to the depraved murders. What started as a jealous rage escalates into a supernatural showdown - pitting brother against brother, evil against evil.