One-touch viewing of GR Digital photos from around the world

Ricoh today announced the release of the English version of GR World, a specialised application for iPhones and iPads. This application enables you to view images on an iPhone or iPad that were taken with a GR Digital camera and uploaded to Flickr. The application can be downloaded free of charge from the App Store within the iTunes Store or from the iPhone/iPad App Store.

GR users throughout the world are photographing diverse scenes and moments and publishing the resulting images on Flickr. With GR World, you can easily view those images and enjoy them in slideshows, regardless of time and place. It is also possible to specify photo genres and bookmark your favourite photos to view them together.

Ricoh hope that GR World will be utilised not only by GR users but by many other photo lovers as well since it can serve both as a digital photo frame and as a tool for easily enjoying photos in your spare moments anytime and anywhere.

Ricoh introduced the GR Digital compact digital camera in 2005. Attracting strong support from many fans, especially among professional and top amateur users, it has had a long product life, evolving with the subsequent release of the GR Digital II (2007) and GR Digital III (2009) models. 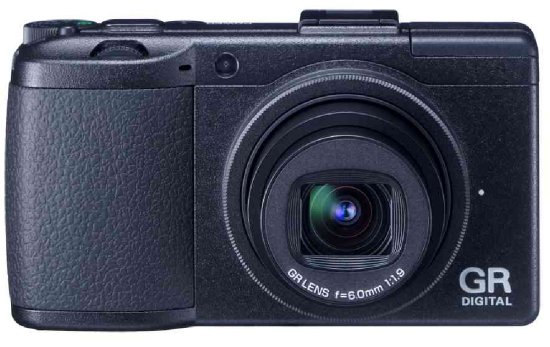