Article
Night of the Demon 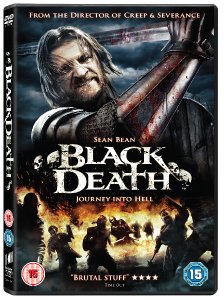 London, UK. 28/7/10 - Journey into hell with Black Death when it arrives on Blu-ray and DVD on October 18, courtesy of Sony Pictures Home Entertainment.

Both the Blu-ray and DVD contain special features, including the "Bringing Black Death to Life" featurette. The Blu-ray is packed with hours of exclusive features including director's commentary, interviews with cast and crew, behind the scenes footage and a photo gallery.


SYNOPSIS
Medieval England has fallen under the shadow of the Black Death. In this apocalyptic world, filled with fear and suspicion, a young monk called Osmund (Eddie Redmayne) is charged with leading a fearsome knight, Ulric (Sean Bean) and his group of mercenaries to a remote marsh. Their quest is to hunt down a necromancer - someone who is able to bring the dead back to life. The dangers that they face as they set out are nothing compared to the horror that awaits them at their journey's end…

Black Death has a run time of approximately 101 minutes (Blu-ray) and 97 minutes (DVD). The movie is rated 15.

Visit Sony Pictures Home Entertainment on the Web at www.sonypictures.com