Gantz was the full on sex and violence anime series that was released here a few years ago by MVM. You might remember it; a weird alien ball suddenly appears in a nondescript apartment, where it begins to resurrect the recently deceased. The second chance at life is a gift with a price, being made to take part in a series of lethal games, pitting the resurrected against powerful aliens, albeit armed with out-of-this world weaponry, and cybernetically enhanced, form fitting suits.

Well Gantz is now a live action movie. Actually, two movies, and the teaser trailer for the first film has just been released. Go to Anime News Network for more details, plus a link to the official website where you can view the trailer. 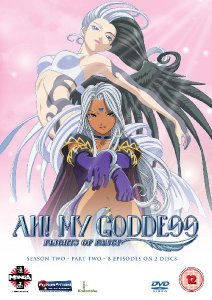 Last week's first dose of anime was sweet, charming, enchanting, and delightful. It was Ah My Goddess: Series 2 - Flights of Fancy: Part 2, which as a title is long enough to cause consternation. Fortunately the contents of said DVDs quickly puts minds at ease. The second series of Ah My Goddess has been long overdue in the UK, and finally the adventures of Belldandy and Keiichi can continue, as they slowly inch slightly further on the path of love, but with these two lovebirds, we wouldn't want it any other way. This second selection of episodes takes the time to explore new love, as Skuld meets a boy, and an old flame, as trouble returns for Urd. 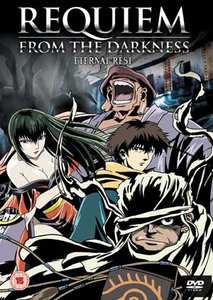 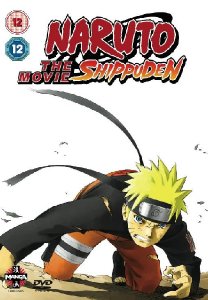 To conclude, I watched Naruto Shippuden The Movie, which given that the first part of the Naruto Shippuden series has only just been released in the UK is pretty quick work. Fortunately, or unfortunately depending on your point of view on these things, the Naruto movies have never had anything to do with the ongoing storyline, instead opting for 90-odd minutes of ninja flavoured eye candy that is designed to appeal to the more discerning tastes of a cinema-going audience. Meaning that there's more action, and less standing around talking about stuff. Click on my review, and see how once again I realise there's a certain inevitability to the Naruto feature films.
Manga Entertainment unleash both Naruto Shippuden The Movie, and Ah My Goddess: Series 2 - Flights of Fancy: Part 2 on the unsuspecting UK populace today, while MVM released Requiem From The Darkness: Volume 4 years ago. They're re-releasing the Requiem From The Darkness boxset in a few weeks…