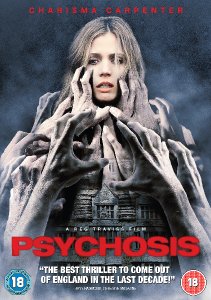 But soon after settling in Susan is unnerved by disturbances in her picturesque manor house and unsettling encounters with her creepy neighbours. Before long her dream of tranquillity unfolds into a nightmare as reality and delusion transcend into one and Susan is pushed to the point of madness. A modern twist on the cult British horror films of the 1970s, Psychosis is a mind-shattering journey into the darkest recesses of the human imagination.