The Winners of the Ponyo Competition Are…
The competition closed this weekend, and already we have the results. Congratulations, and copies of Ponyo are due to…
Heather Shaw, James Moore and Claire Grigg.
Stay tuned for more competitions in the near future. 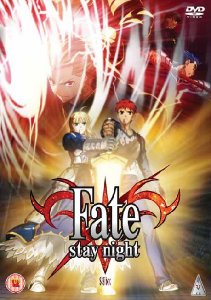 It was a week of ends and beginnings last week. It was the end of Fate/Stay Night, as I took a look at the final volume of the fantasy/comedy/romance/action/adventure show. My appreciation of the show has been just as muddled as its attempt to find a genre, but I was hoping for big things from the finale, what with an epic build up of mythological characters from the past, battling to obtain the Holy Grail. As so often happens with anime shows, Fate/Stay Night: Volume 6 provides an ending that is both satisfying and frustrating. See if it is more of one than the other by clicking on my review. 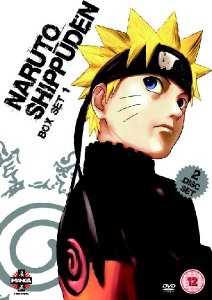 It was Naruto's beginning next, as I got to take a look at Naruto Shippuden: Box Set 1. Actually it's more of a new beginning, as I have been following the original Naruto series through its run, sometimes eagerly, sometimes reluctantly. Naruto is a show that has been described as a ninja Harry Potter, with this orange clad prodigy excelling at ninjutsu, and using his skills against the ultimate evil. But the original Naruto series had pretty much run itself into incoherence by the end, wallowing in filler and losing the plot entirely. It's why Shippuden is something of a reboot, moving the story ahead two years, and getting back to the original manga storyline that made the original Naruto series so good in the first place. The Naruto train is moving again at last, and see how happy I am by reading my review.
That's your lot for this week, as we enter the summer anime drought. Fate/Stay Night: Volume 6 was released by MVM last Monday. Manga Entertainment release Naruto Shippuden: Box Set 1 today.