When I posted that Bleach review last Monday, I made note that Crunchyroll had started an Internet petition to get the Japanese licensors to allow Bleach to be streamed to the world, the same way that Crunchyroll streams Naruto Shippuden. Well, for the first time in history, an Internet petition has borne fruit, for Crunchyroll have indeed obtained the rights to stream Bleach practically simultaneously with the Japanese broadcasts. The UK DVDs are at around episode 90 by the way, so the Crunchyroll streams starting tomorrow will be a little ahead… episode 274 to be exact. Not to worry though, as slowly the earlier episodes will be made available as well. News from Anime News Network.

One Licence Beez Forgot To Mention

As well as Durarara!!, Beez have announced that they have the licence for Sora no Woto. Like Durarara, this show is being streamed on Crunchyroll, so you can see what all the fuss is about. Beez did hint that they had one more subtitled only title in the pipeline, and this may be it. It must be stated that they currently have only announced the licence for Germany at this time, although that usually means an EU licence as well. Whether it will come to the UK remains to be confirmed. UK Anime Net had the news.

That's the Blu-ray and DVD combo reviewed below. Click that, read the review, fall in love with the movie, then come back up here for a chance to win a DVD of Ponyo. There are three DVDs up for grabs, and you do not want to miss out. 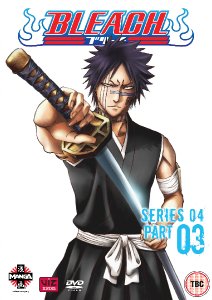 As mentioned, my first review of the week was Bleach: Series 4 - Part 3. The release schedule for this popular shonen series has stretched out more than a bit, which makes watching the Bount filler arc harder than you would expect. It's one aspect of Bleach on DVD that makes the Crunchyroll announcement so welcome to fans of the show. I had thought that with the end of season 4, the Bount filler would also come to an end, and we could get back to the manga storyline. See how wrong I was by clicking the link. Also see if the impossible happened, and if I started enjoying filler. 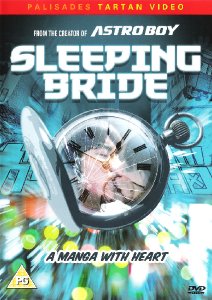 Next it was David Beckett's turn at bat. Osamu Tezuka and Hideo Nakata aren't two names that you would expect to hear in the same sentence. In the West, Tezuka is mostly known as the creator of the iconic Astro Boy, while Hideo Nakata has brought us the Ring horror movies, and Dark Water. But Tezuka visited some dark places himself in his prolific manga career, with Black Jack a notable example. Sleeping Bride is a live action adaptation of his fairy tale like manga The Glass Brain. And as we all know fairy tales are best served dark. You can't get much darker than Hideo Nakata. Click on David's review to learn more. 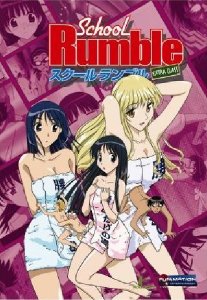 Back to the anime next, and I finally took a look at the School Rumble: Extra Class OVA. We got a brief taster of School Rumble a couple of years ago, when Revelation released the first three discs of series one in the UK. It was such an enjoyable show that I wound up going on an importing spree to complete that first series and the rest. This OVA disc is best placed after the end of the first series, but really consists of those sketches that didn't make it to the show, taking us all the way from the beginning of the series to the end again, and making a brief stop in the Stone Age. See if these two episodes are just as funny as the series by clicking the link. 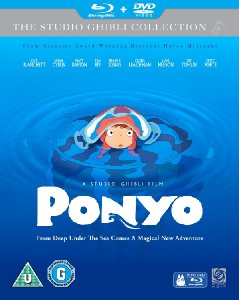 If there is anime that the world in general can appreciate, that rises above the Daily Mail witch-hunts, the otaku stigma, and the niche mentality, then it is the work of one Hayao Miyazaki. After all, most anti-anime rants usually end with the plaintive refrain, "It would be Okay if it was all like Spirited Away." Well you can get off your soap boxes, stow the polemic for a couple of hours, for the most anticipated anime of the year has come to Blu-ray and DVD. The magical, heart-warming, children's fantasy Ponyo has been examined in 1080p detail by David Beckett, and you can see why you'll be placing an order for the film by clicking on his review. 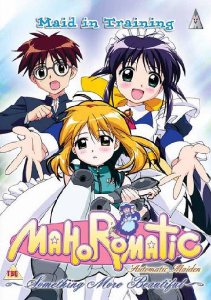 Okay, back on your soap boxes, and start frothing at the mouth, as my final review of the week was for Mahoromatic: Something More Beautiful - Volume 1. I'd warmed up for this show by watching the first series, Mahoromatic: Automatic Maiden in its entirety. It's a saucy action comedy, telling the story of one porn obsessed teenager and his robotic maid. If you are in a Benny Hill frame of mind, then you'll be clicking on my review, where no doubt the results of a vacuum powered breast augmentation device will have the same effect on you as it did on me. 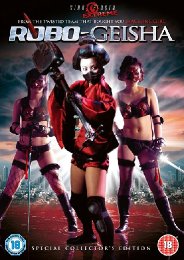 If you want to see something totally not anime, totally insane, and totally weird, bizarre and nutty from the Land of the Rising Sun, then be sure to check out my review of Robo-Geisha. She is the future of corporate entertainment, to be sure.
Manga Entertainment release Bleach: Series 4 - Part 3, MVM release Mahoromatic: Something More Beautiful - Volume 1, and Optimum Home Entertainment release Ponyo, and all three discs are out today. Palisades Tartan released Sleeping Bride last week, while Funimation released the School Rumble OVA in the US a good while back, so it ought to be in US bargain buckets by now. Cine Asia Extreme let Robo-Geisha escape into the wild today. And don't forget to enter the Ponyo competition!