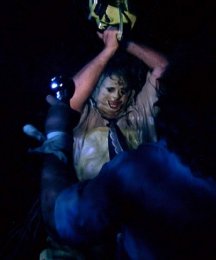 Leatherface appears in the dark

DVD
Apocalypse of the Dead

Article
A Solution to the Remake 'Problem'

Article
Top 10 Vampire Movies
Tags For This Item
A Clockwork Orange, Alien, City of the Living Dead, Conspiracy of Torture, Dawn of the Dead, Day of the Dead, Fight Club, Film addict, Frankenstein, Halloween, Hellraiser, Horror, It Happened One Night, James Ferman, Nosferatu, One Flew Over The Cuckoos Nest, Paranormal Activity, Se7en, The Beyond, The Blair Witch Project, The Evil Dead, The Exorcist, The Fly, The Shining, The Texas Chain Saw Massacre, Voices from Beyond, Why Horror
Recently Added Items 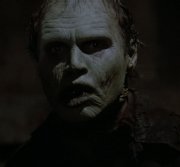 As my parents can't stand horror films and my brother is largely impassive to them, I've often wondered and have been frequently asked why I like horror films so much. The following ramble is a vain attempt to explain this.

As I said in Becoming a Film Addict, I really began buying and consuming films in earnest in 1999 when James Ferman stepped down as director of the BBFC and shops and cinemas were free to sell and show films previously banned by the 'guardians of public decency'. As a result, horror classics like The Exorcist, The Evil Dead and The Texas Chain Saw Massacre were, for the first time in the UK, made available uncut to a whole new audience.

I didn't really pay these much heed until I saw The Exorcist at a midnight showing and was blown away by the power, emotion and visuals of Friedkin's masterpiece. Buying that to watch at home was the beginning of a lifelong obsession and, with that purchase, my eyes were opened to all the significant horror films from the 1970s and '80s, from Dawn of the Dead to Halloween and Hellraiser. These films, and many others from around the world and dating back to the silent era, have created a fascination with cinema that occupies most of my life.

There is something intangible that can happen when you love a particular genre so much so that it becomes an obsession. Being a film addict can be an expensive way to spend your life as it doesn't just mean watching the films (though I do that an awful lot), but buying the books, posters and T-shirts, hunting out obscure titles and buying the same film multiple times for different versions or even just for different artwork! Horror fans must be a breed apart from other film fans as they tend to be rabidly obsessive about some films and watch material that turns 'normal' people's stomachs - people ask me how I manage to sleep in a room where the walls are adorned with film posters for The Exorcist, The Shining and Dawn of the Dead, saying that they would have nightmares!

It's not that I ignore other genres as am happy to watch comedies, dramas and westerns but will always have the best time watching a good scary movie and checking out new directors (usually old directors whose work I've missed) films and then obsessing over them and buying up their back catalogue. As Arrow Video are releasing what looks to be the definitive edition of City of the Living Dead in a couple of months, I'm currently on a bit of a Lucio Fulci binge and have caught up on The Beyond, Voices from Beyond and Conspiracy of Torture.

As others have noted, there is a masochistic element to purposely sitting down and watching a film that you hope will scare and disturb you. Sadly, this happens all too infrequently but, when I find a movie that stays with me for days after, I know I have found something special. As I found over a decade ago with The Exorcist, once you find a great film that has affected you in some way, you can't watch it enough and each new viewing is a fantastic experience.

The horror genre, as with some others, is wide and varied with many different aspects of horror and some contention as to what actually defines a horror movie - an essential guide released by Empire about 10 years ago included Fight Club (as a modern updating of the Jekyll and Hyde story) and Se7en. Many would scoff at the very idea of these being considered horror movies but I can see the reasoning behind the argument and that there is as much horror in the language and themes of Fight Club as in some of the more marginal entries to the horror canon. There is some debate as to whether horror has been ignored by the Academy or whether Jonathan Demme's The Silence of the Lambs, which won the 'big five' (Picture, Director, Screenplay, Actor and Actress) - one of only three films to achieve this (the others being It Happened One Night and One Flew Over The Cuckoo's Nest), is the exception to the rule. I consider it a horror film due to the theme, tone and the final encounter between Agent Starling and Buffalo Bill. The Silence of the Lambs is not a 'pure' horror like The Exorcist or The Texas Chain Saw Massacre, the former was nominated for ten Oscars but only won two - I consider Friedkin's film to be better than Demme's, but the controversy surrounding The Exorcist probably counted against it, whereas The Silence of the Lambs is a much more mainstream film with established actors. 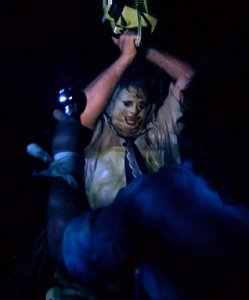 The one thing that does interest me is the sheer amount of films that are released and the subjects, themes and styles they embrace. To pick three horror films at random and see the difference in narrative, aesthetic and theme is extraordinary. It is also the only genre in which truly no- to low-budget films can gain worldwide attention - look at The Blair Witch Project and Paranormal Activity for recent examples. Being a reviewer has enabled me to see films that I otherwise would have ignored or would have been completely unaware of their existence. The distributors have a lot to thank for this, sending (or offering) discs that I had never heard of so I would watch and review them and then, if they are any good, looking at the rest of the catalogue. A prime example is Shameless, where I started reviewing the odd title before heading over to their website (www.cult-labs.com), joining and contributing in what I wanted to see next. Following their releases of little-known Italian films, I became more and more interested in the giallo, something that has now cost me a lot of money which I don't begrudge one bit!

The crossover between horror and science fiction cannot be ignored, with many of the classic horror films (Alien, Frankenstein and The Fly) containing massive sci-fi elements. This works both ways with most sci-fi films containing a horror element as they portray a world where science or technology goes wrong with horrific consequences. If there was no link then Kim Newman would not have edited the superb Science Fiction/Horror: A Sight and Sound Reader and, as a big sci-fi fan, it's no surprise that I love most of the films that the two genres span.

The bottom line is probably the adrenaline rush that a good horror will provide - I like roller coasters and thunderstorms so the prospect of being thrilled through being scared naturally draws me to the genre. It may also be a mortality thing as so many horror films deal with death and the very worst things that can happen to you, whether real or imaginary. It is here where the genre icons come into play, from Max Schreck's Nosferatu to Freddy Kruger, Jason Voorhees, Michael Myers, Leatherface from the 1980s and the legends of horror: The Mummy, Frankenstein's Monster and Dracula (not to mention the undead hordes of the zombie flick - die hard fans would have Day of the Dead's Bub as an iconic character).

For many people, the genre they love will have been determined by the films they watched in their formative years - for Barry Norman it was westerns - others will have seen Star Wars as youngsters and been utterly gripped by the whole mythology and universe. I suppose the reason I love horror is that I didn't really watch many films as a child, but when I did start watching in earnest, the films were horror films. In common with other genre fans - it was a horror movie that got me interested in films and, if I hadn't seen that midnight showing of The Exorcist then I wouldn't have been interested in the BBFC floodgates opening and catching the newly uncut releases of films such as A Clockwork Orange, The Evil Dead and The Texas Chain Saw Massacre. This was a case of the more I found, the more I realised I didn't know, something that is still the case and why my DVD and Blu-ray collection continues to grow.

Great Article David! I remember when The Exorcist was reissued on the cinema - it was a great experience to see a film like that on the big screen.

If you havent already read it you should check out Stephen King's Danse Macabre, its the greatest overview of horror and sci-fi EVER! I've read it from page to page three times and still keep dipping into it whenever i watch a film or tv series it mentions.
posted by Curtis Owen on 6/4/2010 10:56
10 / 10

I own and have read Danse Macabre - it is a great book that was actually pretty useful when writing my dissertation.  One of these days I'll read it cover to cover again.
posted by David Beckett on 6/4/2010 13:27