Article
Continous shot horror Cut out in February on DVD

Article
A Closed Book out in Cinemas and DVD this February 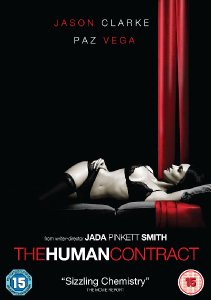 Corporate player Julian Wright (Jason Clarke) is a charming and mega-successful businessman who hides a secret from the rest of the world, which tears him about every day. Whiles he stands on the verge of the deal of his career, his life crosses paths with a woman (Paz Vega) who will tun his world upside down triggering emotions Julian never knew he had.

As he pursues her in a dangerous game of seduction, he is forced to confront his past. Ultimately, Julian must face the dark family secrets that continue to haunt him and his troubled sister (Jada Pinkett Smith).

Ted Danson (Damages), Idris Elba (The Wire) and Paz Vega (Spanglish; Sex And Lucia) co-star in this sophisticated, stylish and suspenseful film, which was executive produced by Jada Pinkett Smith's husband Will Smith.