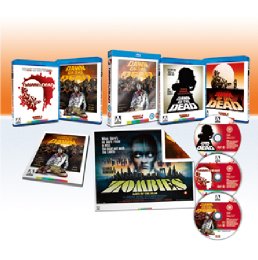 Blu-ray
A Tale Of Two Sisters

Dawn of the Dead on Blu-ray in October 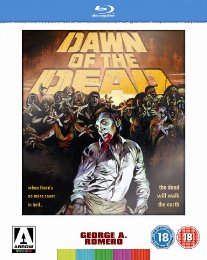 THE HORROR BLU-RAY OF THE YEAR.

October 2009 sees the highly anticipated Blu-ray release of George A. Romero's classic zombie movie DAWN OF THE DEAD, presented as a special three-disc edition - exclusive to the UK - that represents the ultimate presentation of the film available anywhere in the world. Released just in time for Halloween, this is undoubtedly the horror movie Blu-ray release of the year.
Produced and compiled by Arrow Video with the kind of loving care and attention only the most devoted of zombie aficionados are willing to provide, this must-have three-disc set includes the George A. Romero approved Theatrical Cut of the film in 1080p resolution on Blu-ray, plus the Director's Cut and the Dario Argento Cut on DVD, the latter being made available on DVD as part of this collection for the first time in the UK.

Also included is a host of extras that include the rarely seen "Scream Greats" documentary on the career of special effects wizard Tom Savini, audio commentaries by the filmmakers and, for the first time, French Romero fanatic Nicolas Garreau's fascinating travelogue-come-documentary "Fan Of The Dead". Additionally, exclusively designed packaging features four different sets of artwork from which fans can choose to display the collection, including the little-seen "gasmask" artwork and an all-new, specially commissioned oil painting commemorating this landmark release of the film.

The release will be supported by screenings of DAWN OF THE DEAD and "Day Of The Dead" in Dublin (24th October), Edinburgh (25th October) and Glasgow (26th October) with special guests Ken Foree and Joe Pilato in attendance for audience Q&A sessions (see below for full details).

For those unfamiliar with this milestone movie in horror cinema history, here's the plot.

A National Emergency grips the US as the zombie population grows at an inexplicable and alarming rate. Two Philadelphia Police S.W.A.T. officers, a helicopter pilot and his TV reporter girlfriend escape the city and take refuge in an abandoned, suburban shopping mall after securing it following a series of brutal confrontations with the undead. Their survival is threatened when a band of looters leave a door open allowing the zombies access to the mall once more.

The first sequel to George A. Romero's seminal 1968 zombie classic "Night Of The Living Dead", the even more powerful and apocalyptic DAWN OF THE DEAD has been hailed by respected film critic Roger Ebert as "one of the best horror films ever made." 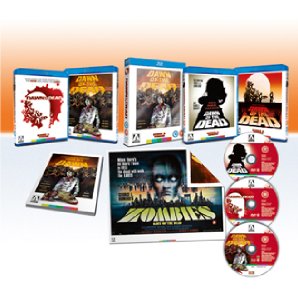 Disc Two (DVD)
Director's cut of the feature; "The Dead Will Walk" documentary.

Also included
Exclusive, four artwork option packaging; double sided poster with all-new Rick Melton painting on one side and the original UK theatrical artwork on reverse; "For Every Night There is a Dawn" booklet written by Calum Waddell. 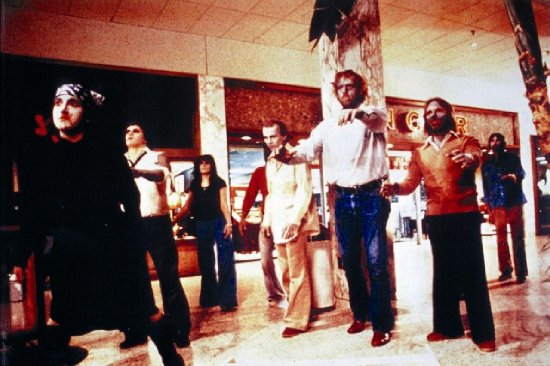 Support Activity in the UK and Ireland

To celebrate the October 26th Blu-Ray launch of George Romero's classic horror epic DAWN OF THE DEAD, Arrow Video has teamed up with the Cult Fiction store in Edinburgh (www.cultfictionmovies.com) to bring fans in Scotland and Ireland a double whammy of zombie fun on the big screen. In addition, Romero buffs will have the chance to meet and greet iconic horror actors Ken Foree, the star of "Dawn of the Dead", and Joe Pilato, who memorably brought to life the villainous Captain Rhodes in "Day of the Dead" and who will be in the UK to shoot all-new exclusive extras for the "Day of the Dead" UK Blu-ray due out early in 2010.

The dates are as follows: