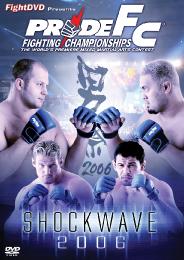 Article
Alfresco on DVD this February

Article
The Accidental Husband is out Monday 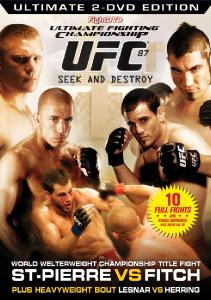 UFC 87 brings together Huerta vs. Florian in one of the most highly anticipated fights of the 2008. These two fighter's styles and attitudes could not be more different, but who will claim victory in this intense bout?

Former Pride veteran Heath Herring is training camp fresh and at the peak of his physical fitness for his bout with tough guy Brock Lesnar, but former pro-wrestler Lesnar is out to prove he's the real deal at all costs.

Jon Fitch has already showed he's tough enough to take a beating, but the question is can he tough-out a win against George St Pierre?

UFC 87: Seek & Destroy is available on DVD at all good stores from 2nd February 2008 at £17.99 or online from www.fightdvd.co.uk, the premier UK site for mixed martial arts DVDs. 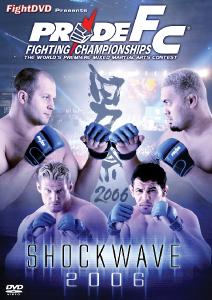 Pride Shockwave delivered on its promise of being one of the best fight cards of the 2006. Much more than a memento of the Pride brand, the Shockwave 2006 event delivered quality mixed martial arts action in a hotly
anticipated rematch between Antonio Rodrigo Nogueira and Josh Barnett, both world class heavyweights.

The event also celebrated the emergence of new lightweight superstars Gilbert Melendez and Shinya Aoki, and a return to form from Takanori Gomi.

Pride Shockwave 2006 is available on DVD at all good stores from 16th February 2008 at £17.99 or online from www.fightdvd.co.uk, the premier UK site for mixed martial arts DVDs.