Not so much news as it is olds…

That's the thing about these scheduled blogs, you polish off your delicate prose, and post your missive proudly to the ether, and then an hour later there's something else to write about. Rather than hog webspace and add a bloggette for each new item of interest, I choose to save them up for the next issue. But in Internet time, a week is an eternity, and this first item feels as if it belongs in the dark ages.

How do you say snikt in Japanese?

It happened with Top Cow's Witchblade, and it has also happened recently to DC Comics' Batman, now Marvel Comics are getting in on the anime action, and four anime series will be created by top animation producers Madhouse (Black Lagoon), featuring classic Marvel characters. Each series will be 12 episodes long, running to thirty minutes per episode and will debut in 2010. No further details beyond the first series involving Iron Man and Wolverine, although you have more lines to read between at Anime News Network.

… first the good news and then the bad…

Last week's sneaky announcement that Manga Entertainment had picked up a whole lot of Funimation titles (You can add Baldr Force EXE to last week's list) certainly got a lot of fans buzzing, indicating a change in the way Funimation anime is distributed in the UK. The other side of the equation became clear when Revelation's upcoming Funimation releases began to vanish from retailer websites. EyeOnAnime posted a statement midweek regarding this, and I also received an e-mail this morning from Revelation regarding the move…

We have decided to postpone all of our remaining releases for 2008 and concentrate on pushing our existing titles.

A full release schedule for 2009, including the postponed titles, will be announced later in the year.

Looking at Revelation's forthcoming releases, only three more non-anime titles are scheduled for the rest of 2008, which implies this isn't just restricted to the Funimation discs.

With seven anime series left in hiatus, and with Mushi-shi, Peach Girl, and Tsubasa Season 1, each just one volume away from completion, personally I hope that the schedule resumes sooner rather than later. 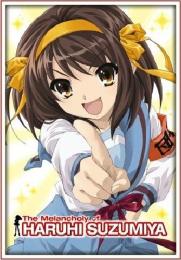 Last week turned out to be another bumper week for anime reviews, and I got off to a flying start with the outstanding Melancholy of Haruhi Suzumiya on Monday. This series has had fans raving and extolling its virtues the world over, ever since it made a seismic impact with its debut in 2006. Beez have been releasing it in the UK this year, in single and in delicious Limited Edition form, but bargain hunter that I am, I opted for the recently released Region 1 series boxset. Find out why every anime fan should have this unparalleled series in their collection by clicking away. 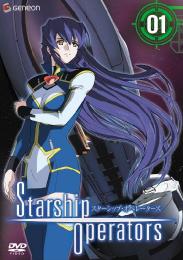 On Wednesday I got off the blocks first with my review of MVM's new series, Starship Operators: Volume 1. It's a novel twist on the space opera genre, with a space war declared, and a group of teenage cadets left in command of their nation's most modern warship. While their government rapidly capitulates, they decide to fight on, but to fund their campaign, they invite a TV crew aboard, and soon the war becomes a reality TV show. The science buff in me was astounded at the real world physics and attention to detail in the technology, but see if the story matched by reading my review. 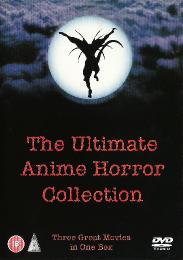 David Beckett quickly followed with his review of The Ultimate Anime Horror Collection, a title that had him consulting the Trade Descriptions Act. This collection gathers three venerable classics of yesteryear, Psycho Diver, Bio Hunter and Twilight Of The Dark Master. Now David is to horror, as I am to anime, so see how these movies stood up to his measured and informed scrutiny… 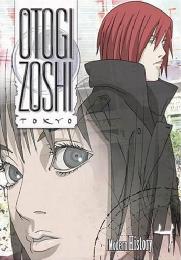 Manga Entertainment had something of a collective brain-fart in the beginning of 2007, and their anime releases fell victim a temporary spasm of dubtitles and an absence of extras. It was just seven months, but fans have long memories, especially when their favourite series suffered as a consequence. Otogi Zoshi turned out to be half collectible and half disposable in the end, and recently I've gotten around to replacing the disposable half with the fully featured US releases. Find out why you should double dip on the Region 1 release of Otogi Zoshi: Volume 4 - Modern History, which I reviewed on Friday. 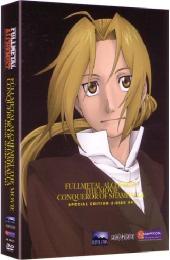 I told you that you couldn't get away from Full Metal Alchemist! On Sunday I finally got a look at the Limited Edition of the Full Metal Alchemist Movie: The Conqueror of Shamballa. Originally it was going to be released simultaneously with the single disc release, but Revelation delayed it for a year. While I didn't get to see the nifty packaging with the built in commemorative booklet, I did get to see the extras packed into disc two, which offers three commentaries, and an hour-long featurette with the original language voice actors. You can see if it's worth shelling out again in the review.

Otogi Zoshi is released in the US by Media Blasters through Anime Works, and Bandai release The Melancholy of Haruhi Suzumiya. Both are available for import right now. MVM release Starship Operators: Volume 1 in the UK on the 15th of September, while The Ultimate Horror Collection, which is a re-release, comes out on the 8th. The original boxsets are probably still out there, as are the individual film discs in case you're feeling a little previous. The Full Metal Alchemist Movie LE is probably Revelation's last anime release for 2008, and you'll be able to buy it on the 22nd of September.