… Or horror films that you probably haven't seen, but definitely should have.

This 2006 horror flick, directed by Andrew Currie, will be the first entry to the DVD Pit, a place where lesser known but great films inhabit. 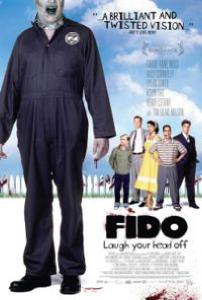 Imagine an alternative reality, where zombies are not only a common sight, but a household pet. Well that's the premise for Fido, a great little film that's got an incredibly appealing 1950's era look to it, and a real eye to detail. The story concerns Timmy Robinson and his new best friend, a zombie named Fido (Billy Connelly), who has been taken on as a family pet. Controlling Fido is easy at first, thanks to an electronic tag that keeps him in check, but a run in with a couple of local bullies looks to put a stop to that, and when organisation Zomcom comes into the picture, Timmy might just have a fight on his hands to keep his beloved zombie. 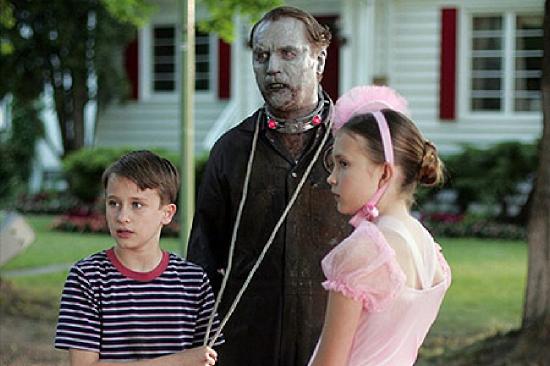 The marketing for this film has done it no favours, and indeed the DVD cover is so non-descript it could surely be looked over for being tacky, cheap and unappealing. It's a shame because it's a film that, although a little niche, has a much broader appeal than you'd expect. As well as ticking all the boxes for a horror-comedy, it's a sweet boy and his dog type tale that never takes itself too seriously. You pretty much know that if Billy Connolly takes a role as a 'zombie' in a horror then something more to it than meets the eye, and that's certainly the case with this little gem.

Seek this one out, even if you've only got a passing interest in horror. 7/10 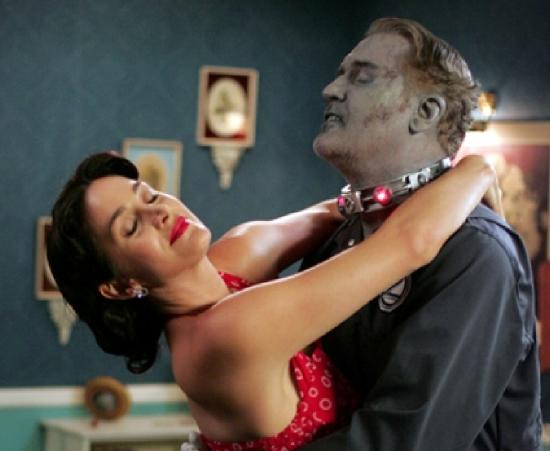 Choice quote:
School Children: [singing] "In the brain and not the chest. Head shots are the very best."